One of our latest customers phoned to ask what could be done for his iMac which wouldn’t come to screen and when it finally did, it was a stuttering performance, stopping every other minute to all0w the hard drive to catch up, hardly a good situation. 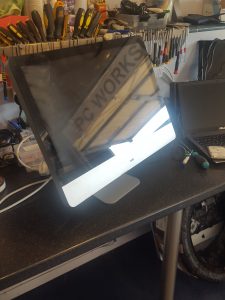