A  customer brought in his Mac Book Pro for us to have a look at as it would neither update to Yosemite (even through Ethernet) or go online wireless which is one of its most useful features. 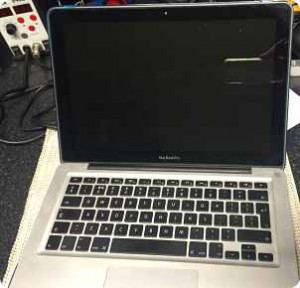 PC Workshop rarely sees this sort of damage but the wiring loom was replaced and all was operational.