A MacBook was showing the spinning beach ball, so instead of being able to work smoothly it’s performance was extremely poor, stopping every other minute to allow the hard drive to catch up, hardly a good situation.

The customer opted for an SSD to be fitted and having read his review it seems he’s delighted by the outcome as its now super efficient. Plus he didn’t lose any data and now owns a better than new MacBook. 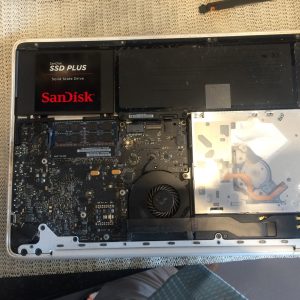